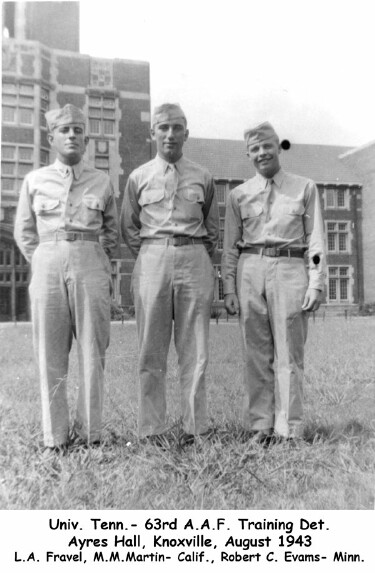 Sgt Linden A Fravel is pictured here as an Aviation Cadet at Nashville, TN in 1943. He is on left in photo. 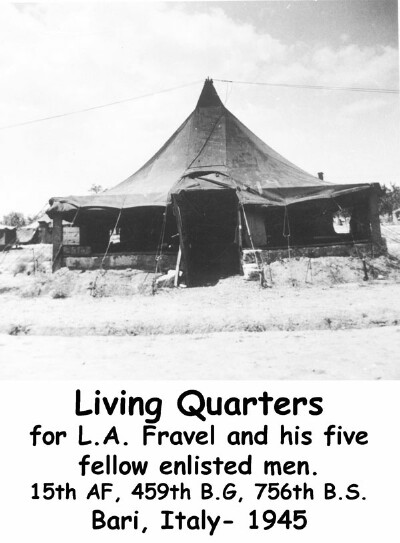 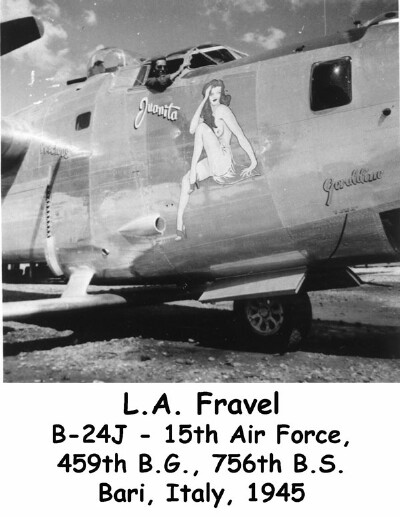 One of the 756 Bomb Squadron`s B-24 that Sgt Fravel flew in was "Juanita", no known seraial number. 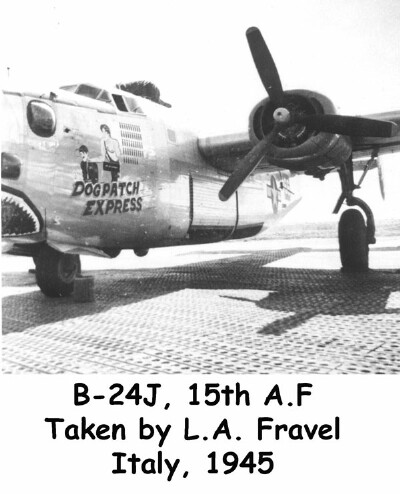 Please contact us with any biographical data, pictures or other information regarding the service and life of Linden Fravel.