Gilbert A. Smith Sr., 87, of Edinburgh and formerly of Greenwood, passed away Wednesday, Aug. 19, 2009, at the Franklin United Methodist Community. He was born July 23, 1922, in Indianapolis to Edmond R. Smith and Inez Mae (Reynolds) Smith. He married M. Martha (Miller) Smith on June 1, 1946, in Beech Grove, and she survives. He was a 1940 graduate of Arsenal Technical High School in Indianapolis and Indiana University, Indianapolis. He had been an auditor for the state of Indiana, was an accountant in Greenwood for many years and also was a computer programmer. He was a World War II U.S. Air Force veteran with the rank of staff sergeant. He was a member of the 757th Bomb Squadron where he had served as a photographer. He enjoyed photography, woodworking, farming and fishing. He had also previously been a farmer in the White River Township area of Johnson County. Survivors include his wife, M. Martha (Miller) Smith of Edinburgh; two daughters, Jacqueline Junken of Bloomington and Melody (husband, Bob) McMahon of Spencer; two sons, Gilbert A. (wife, June) Smith Jr. of Greenwood and Kevin (wife, Maria) Smith of Franklin; eight grandchildren; and three great-grandchildren. He was preceded in death by his parents; brothers, Chester, Russell, Carl and George Smith; and sister, Lillie Rasnick. The Rev. John Eley will conduct a service at 10 a.m. Saturday at Swartz Family Community Mortuary and Memorial Center, 300 U.S. 31 South (Morton Street) in Franklin. Friends may call from 4 to 8 p.m. Friday at the mortuary. Burial will be in Centennial Cemetery in Martinsville, with full military honors 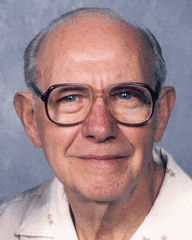 The following information on Gilbert Smith is gathered and extracted from military records. We have many documents and copies of documents, including military award documents. It is from these documents that we have found this information on S/Sgt. Smith. These serviceman's records are nowhere near complete and we are always looking for more material. If you can help add to Gilbert Smith's military record please contact us.

Please contact us with any biographical data, pictures or other information regarding the service and life of Gilbert Smith.